Despite being a keen follower of pro-cycling, I try not to mention it too much on this blog. I write for recreational road cyclists that want to put their rump on the saddle, not the sofa. Other blogs cover the pro-cycling scene in far more depth (and far more coherently) than I ever could.

But with less than 48 hours to this year’s grand depart, it seems remiss not to at least mention the Tour de France.

Rather than talk about the route, the riders and the hotly-anticipated Promenade des Anglais*, I thought I would summarise the ‘resources’** I use to maximise my enjoyment of the event, some of which you might find interesting.

* Note 1: This is a very sophisticated, multi-level bon mot that I have stolen unashamedly from inrng.com.

** Note 2: ‘Resources’ being websites and twitter feeds, rather than le dopage.

Welcome back to the third post in my series recording my training for the inaugural RideLondon 100, taking place on 4 August.

That’s a disappointingly short 52 days away from now (as I write this, obviously).

If you want to read posts 1 and 2 in this sorry series, they can be found ici and aquí.

First let’s start with some stats

My bike has been with me for more than 8 years, since I snap-purchased it whilst my then-girlfriend (now wife) sought a heavy hybrid on which to commute (she still has it, but does not seem to have developed an emotional attachment).

Despite not knowing a thing about bikes (beyond what i had learnt as the proud owner of a Raleigh Mini Burner in the 1980s – red and black, since you ask), I made a lucky choice. 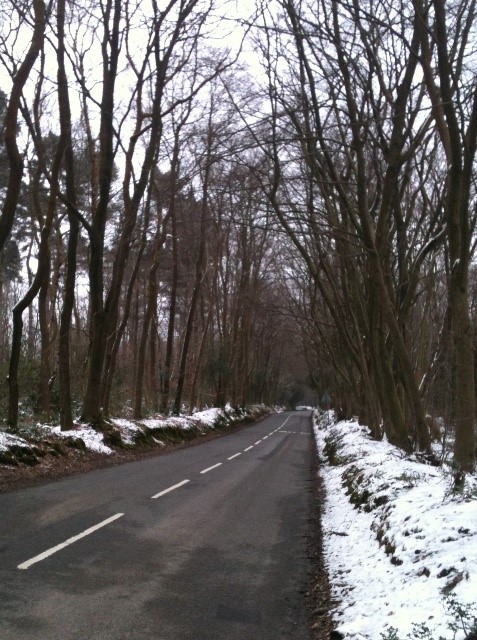 Readers of my blog will know that I talk a good game. I’ve talked about the cycling event that I’m doing. I’ve analysed the route. I’ve talked a bit about how I’ve broken the challenge down into its constituent parts.

But where, you might ask, is the evidence that I’ve actually DONE anything?

Motivation this, crippling fears that. That’s all fine, but we all need to train for whatever cycling challenge we are undertaking (well I do at least).

What training have I done? Well, I’m going to tell you. In this post. Perhaps the title gave it away.

It’s March and the weather is improving (supposedly).

You’re considering getting the bike out of the garage/shed/cupboard.

(What, you mean you haven’t spent the winter amassing base miles and doing interval sessions on the turbo trainer?)

Now that you’ve got the bike all ready to go, do you want a surefire way to avoid the ‘its slightly damp, I’ll stay inside’ attitude?

Of course you do.

And the good news is that it is can be achieved in 3 EASY STEPS:

As I contemplate the RideLondon 100, I have some concerns. Some of these concerns verge on being full-blown fears.

Maybe you’re in the same boat, as you look forward to RideLondon or another long distance sportive ride (if you haven’t done so, read my analysis of the RideLondon 100 route).

In this post, I will try to turn this general sense of disquiet into a specific set of concerns, each of which I can confront and prepare for. In doing so, not only will I allay my fears, but I will also identify those factors that will contribute to a strong performance (and maximum enjoyment) on the day.

An aggregation of marginal gains you say? If it’s good enough for Sir Dave of Brailsford….

So you will no doubt see plenty on this blog about my preparation for RideLondon (or RideLondon-Surrey 100 to give its full, rather catchy title).

After initially failing to secure a place in the ballot, I’ve been offered a place by Macmillan, the cancer support charity, to ride (and raise money) for them. I have a very strong personal reason for supporting this charity, which I’ll share in due course.

In the meantime, the purpose of this post was to ask a question (which may turn out to be rhetorical if no one responds). Please bear with me during the ‘set up’.